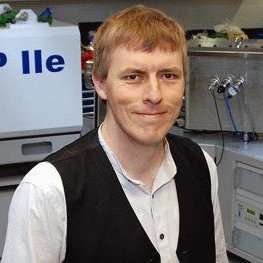 Dr Keith Sircombe Keith Sircombe earned a B.Sc and M.Sc in Earth and Computer Sciences at University of Waikato, New Zealand (1990-1993). His PhD (1998) at the Australian National University investigated the detrital mineral geochronology provenance of ancient and modern sediments in eastern Australia with an application of multi-variate analysis to SHRIMP age data. After post-doctoral positions at the Geological Survey of Canada and the University of Western Australia working on detrital provenance studies, Keith moved to Geoscience Australia in 2003. As well as interests in geochronology, Keith has been heavily involved in developing data processing, visualisation and management tools. At Geoscience Australia he has worked recently in the custodianship and development of geochronology data systems, including the prototype ‘geochronML’ model and the on-going Radiogenic Geochronology and Inorganic Geochemistry information model. Keith is currently acting Project Leader of the new SHRIMP facility and is charged with leading the establishment of a Geochronology Data Infrastructure Working Group to advise the Chief Government Geologists Committee.