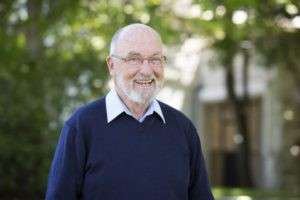 Alastair Scott, one of the finest statisticians New Zealand has produced. He served the University of Auckland with distinction from 1972 to 2005.

His research was characterised by deep insight and he made pioneering contributions across a wide range of statistical fields. Alastair was acknowledged, in particular, as a world leader in survey sampling theory and the development of methods to efficiently obtain and analyse data from medical studies. His methods are applied in a wide range of areas, notably in public health. Beyond research, he contributed prolifically to the statistical profession in academia, government, and society.

In 2005, Alastair officially retired. A conference in Auckland that year in his honour attracted the largest concentration of first-rank international statisticians in New Zealand in one place at one time. Alastair kept an office in the department and continued writing and advising, coming into work almost every day.

Alastair Scott was an influential teacher and generous mentor to several generations of statisticians who valued his sage advice coupled with his trademark affability.