Kia Kaha - The Story of the Motto and Logo

How was it, that at a time in New Zealand history when Secondary schools were more likely to have a Latin motto and a military badge type logo that our school settled on Kia Kaha and the image of the Toa? (Warrior)

The first secondary students went to school in the Presbyterian Hall while the secondary buildings (current Te Awamutu Primary) were built.

In a document entitled Te Awamutu Schools published in 1939 when a Jubilee Reunion was held to celebrate 100 years since the Mission school opened in Te Awamutu and 60 years of State schooling in Te Awamutu….it states….

The Motto, “Kia Kaha”, which is Māori for “Be Strong” was given to the school by Mr Spenceley Walker, B.A., when he took charge in 1920.  These words were part of the dying speech of a famous Māori warrior, when he warned his people against the advent of the English soldiers.  It is also the regimental motto of the 6th (Hauraki) Regiment, with which Mr Walker saw service in France.  It is particularly applicable to Te Awamutu, as this district was a great stronghold of the Maoris before the advent of the pakeha.  The badge of the school also typifies the Māori character of the district.

The 6th Hauraki Regiment Motto was in fact

Whakatangata kia kaha, Aquit yourselves like men. Be strong.

(Mr. Spenceley Walker B.A. might have thought the first part inappropriate in a co-ed school and used just the final words.)

The logo at this stage is a toa (warrior) standing in front of a whare. We have been unable to trace the story of this logo. The words of the dying warrior are said to be those of a toa at Orakau – the last of the Maori Land Wars in 1864 and a significant event in local history.

The new school is opened. It is named Te Awamutu District High School- the new word “District” shows that there was an Intermediate Department. Many students at this time still left school after matriculation in Form 2 (Year 8) Records show that leaders in the school and community lived the motto Kia Kaha in order to overcome major issues of bureaucracy, finance, rural district loyalty and transport dilemmas. The ‘chaos’ referred to in this report summarises 19 years of struggle to get the best for secondary students in Te Awamutu.

The new building, now completed and officially opened on Wednesday, is one of the most up-to-date schools in the Dominion and it may well be said that out of the chaos of past years has emerged an ideal of which not even the most sanguine would have dreamed.  The building contains: -
(a)    Ten ordinary classrooms, five of which 24 feet by 21 feet 6 inches will be used for secondary pupils and five 26 feet by 24 feet for Intermediate pupils.
(b)    A laboratory 36 feet by 25 feet to which will be attached a preparation room and dark room.
(c)    A Domestic Science room 36 feet by 25 feet.
(d)    A Modelling and Crafts room 31 feet by 26 feet.
(e)    An Art Room 31 feet by 26 feet.
(f)    A Commercial room 14 feet 6 inches by 12 feet 6 inches.
(g)    A Woodwork room 25 feet by 40 feet.
(h)    A Draughting room 25 feet 6 inches by 25 feet.
(i)    A Metalwork room 25 feet 6 inches by 25 feet.
(j)    A Library.
(k)    A small Smithy.
(l)    A Needlework and Handcraft room 31 feet by 26 feet.
(m)    An Assembly Hall 80 feet by 36 feet with properly equipped stage for Dramatic Work.  Incorporated in the Assembly Hall are a dressing room and small lunch room, while provision has been made for the installation (at a later date) of a projector for visual educational purposes.  The Assembly Hall windows will be darkened with suitable curtains.
(n)    Five subsidiary teachers’ rooms.
(o)    Two main staff rooms equipped with kitchens and lavatory accommodation.
(p)    Headmaster’s room.
(q)    Cloak rooms in which will be incorporated lockers for use of children travelling from a distance.
(r)    Storerooms attached to the various units.

The next Toa for Te Awamutu Secondary Education emerged in Principal Henry Rochfort. At a time when Primary schools received less funding than Secondary schools, it was not financially beneficial to be a District High School.He worked to change the status and name to Te Awamutu College.This occurred in 1947.  At this stage there was a mixture of name and logo but the motto remained the same.

We have been unable to find the actual story of the change to the Toa logo we have today. It first appears in the Hokioi magazine in 1949. As an image, it appeared on the 1/- coin a decade earlier. These photos show a 1934 coin.

According to Stephen Meek, Reserve Bank, Wellington, the Toa on the 1/- coin is of Ngati Toa descent. This sub-tribe of Tainui moved from their original land at Kawhia to the Kapiti coast.

Why was this Toa in the whero position selected? Was he by then, because of the 1/- coin, a toa who symbolised strength and courage for all iwi ?
Who created the original image? There are Ngati Toa links to our community. Did the Principal Henry Rochfort want to continue the symbolism begun in 1920 and at the same time modernise the logo?
Did he want a new logo that was more appropriate for the motto?
Students from the late 1940’s have no recollection of why the change occurred except that it links to the changed status from District High School  to College.
What we do know is that the community of Te Awamutu has always remembered the bravery of the outnumbered Maori men and women at Orakau and their resolve to fight on for ever.
What emerges is a story where  the picture changes, but the words remain the same.
The words Kia Kaha become an integral part of the story of the school.

Sons and daughters of town and countryside.
Gathered together here, we sing.
While these walls, to us honoured and dignified.
Echoing with our voices, ring.
Let us, striving at studies and on playing-field,
Keep ever in our hearts this song –
Singing lustily, mightily, trustily,
Cry “Kia Kaha!! Ever be Strong.”

When our schooldays are long left behind us,
Still may we place our team before self.
School and its spirit continue to bind us –
Play for the game and not for self.
Let us, striving in life as in our youthful days,
Keep ever in our hearts this song.
Singing lustily, mightily, trustily,
Cry “Kia Kaha!! Ever be Strong.”

The music for this song was written by Mr F. C. J. Port, Mus. Bach., Music Master of this College 1951-54.  The words were adapted by Mr Port from efforts submitted by pupils of the College.

….in words spoken by the then retired Henry Rochfort in 1965 when he opened the Rochfort Block…. He was so proud of how strong the school had become….

….by the Principal Tom Spooner when the Hall, current Staffroom block and Main Office  were  officially opened in 1966 by the Governor General Sir Bernard Fergusson…(The original lecturn was used at the opening)

…on the original Hall lecturn…and more recently the refurbished model. The marquetry version of the Toa was created by former Woodwork teacher Keith Burgess. He agreed to the emblem being transferred to the new lecturn- funded by the 1999 Reunion committee

The spirit of Kia Kaha is probably best symbolised in the school Marae. Had it not been for the strength of Rongo Wetere, Principal Keith Millar,  Board Chairman Hugh Baxter, and some in the community , we would not have Otawhao….this development was not without opposition in the mid 1980’s The strength of Principal Barbara Cavanagh in introducing Te Kotahitanga  in 2003 may well be another chapter in  this story….

One event involving our Toa showed the strength of our community whanau. A Principal, wishing to have the emblem greet people as they entered the Hall, decided to have the image inlaid into the new vinyl in 1999. A cultural blunder,  to say the least,  and it was not long before whanau complained that the idea of walking over the Toa was simply unacceptable. The vinyl was replaced, a tapu lifting ceremony was held, tears were shed, and  the Toa mana restored.

There is an interesting link in our contributing school area. A well known whakatauki is shared by four schools

How can we honour the strength of those educational and community leaders, teachers and students who have created this place for us?
How can we ensure that this story is not lost ?
Is this story important  for the wairua of our school in 2008 and beyond?

With grateful thanks to…

Merle Ramsay from School Support Services for asking the question
Janet Burgoyne Thomas for locating the Centennial Booklet
Hokioi magzines
Bub Libline and Lyn Maru – former pupils from Parawera
Stephen Meek – Reserve Bank
The helpful former  pupils from before and around 1947 who were so keen to share their stories – Frances Kenny, Bev Kay, Peter Fergusson, Ray and Betty Johnson, Edith Dockeray, the Bedford brothers Rex, Alan (first Dux of Te Awamutu College) and Lance.
The Centennial Committee 1939 who thought to write the background to the original logo and motto.
Lisa Stephens for her observation of logos on the Hall Honours Boards.
Produced for School Planning Day when New Curriculum being implemented in 2008 by Clare Ravenscroft (Smith) 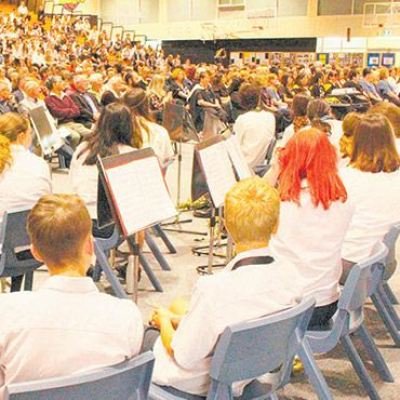 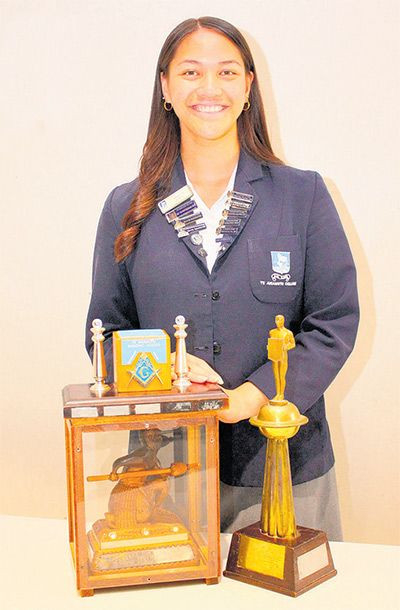 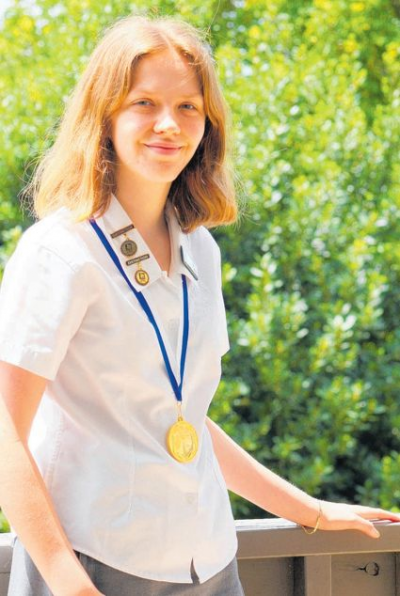 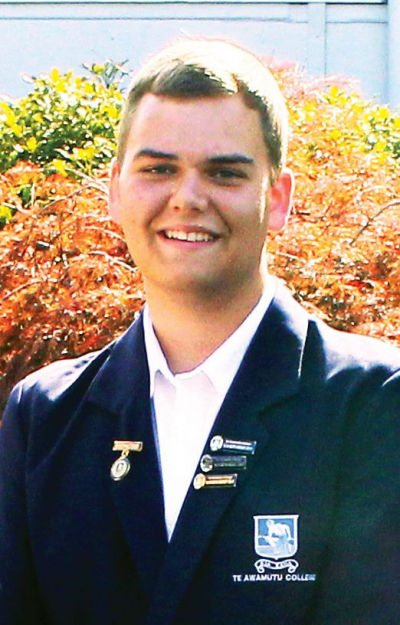