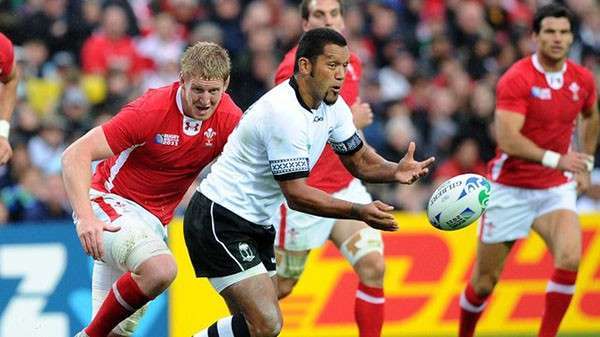 Nicky Tyrone Little (born 13 September 1976) in Tokoroa, New Zealand, is a rugby union footballer. He plays at fly-half. He is a nephew of All Blacks centre Walter Little, but represents Fiji at international level.

He has scored 652 points for Fiji and is the Pacific region's second highest point scorer of players who are currently active. He previously played for Canterbury and North Harbour in New Zealand provincial rugby, before moving to England where he played for the Sale Sharks in late 1999. He signed with Dax in France, but soon moved to Pontypridd, before signing with the Saracens.

Little made his test debut for Fiji in 1996 in a match against the Springboks in Pretoria, at just 19 years of age. He finished the 2000 and 2001 Pacific Rim tournaments as the top points scorer. He entered the 2003 Rugby World Cup as Fiji's all-time highest points scorer, with 488 points. He got four caps for Fiji at the 2003 World Cup, scoring a total of 45 points in those games. At the 2007 event he starred as Fiji defeated Wales to reach the quarter-finals, but was injured late in the final group game and missed the quarter-final.

On 15 July 2009, Little signed a one year deal with Bath, with Head Coach Steve Meehan stating that he would be in the squad for the tour to Portugal in late July 2009.

At the midpoint of the 2011/12 season, Little joined RFU Championship side Esher RFC.

At the start of the 2012/13 season Little became part of a joint venture with Canterbury RFC of National League 2 South, Simon Langton Grammar School for Boys, and The Canterbury High School. Canterbury's Elite Rugby Player Development Centre, headed by Little, is the first of its kind within the country and its aim is to develop grass roots rugby within the area.