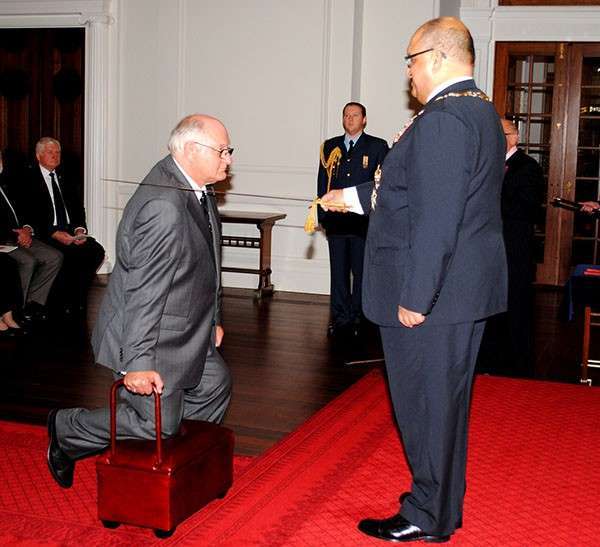 Hon Sir Grant Hammond was knighted for services to the law. Justice Hammond was appointed as a High Court Judge in 1992 and as a Judge of the Court of Appeal in 2004. He practised in Auckland as a partner in Wiseman and Hammond, then as a litigation partner in Hamilton for Tompkins Wake and Co. He became a Professor of Law at Dalhousie University and the University of Alberta in Canada and was appointed head of the Alberta Law Reform Commission. In 1989 he returned to Auckland and was appointed a Professor of Law at the University of Auckland and subsequently became Dean of Law. He also taught at Cornell University, New York and was the Robert S Campbell Fellow at Magdalen College of Oxford University in 2008. As a High Court Judge, Justice Hammond presided over a number of civil and criminal cases. As a senior Judge on the Court of Appeal, his extensive judicial experience and his view of the law have been highly valued. Justice Hammond is now President of the Law Commission.

Board of Trustees Mid Term Election