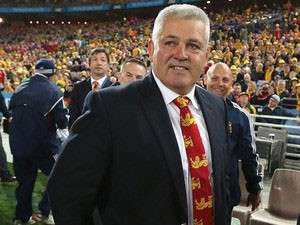 Warren David Gatland (born 17 September 1963) is a former All Black and head coach of the Wales national team and the British and Irish Lions Team of 2013 for the tour of Australia.

Gatland was born in Hamilton, New Zealand and educated at Te Awamutu College, Hamilton Boys' High School and Waikato University. His first game as an All Black was in 1988, when he is said to have introduced a part-Australian Rules, part-Gaelic football game to the training sessions, which was well received by the other players.

Gatland became the record-holder of the most games for Waikato near the end of the 1994 season. He finished the season with 140 games in total and announced his retirement before the start of the 1995 season. Gatland played 17 matches for the All Blacks, scoring two tries. A robust, skilful hooker who had been a loose forward until he was 21, his international career was stymied by Sean Fitzpatrick’s longevity and dominance in the hooking position.

The trained teacher was instead a stalwart of Waikato provincial rugby and played against the 1993 Lions, scoring a try as the province hammered the tourists 38-10.